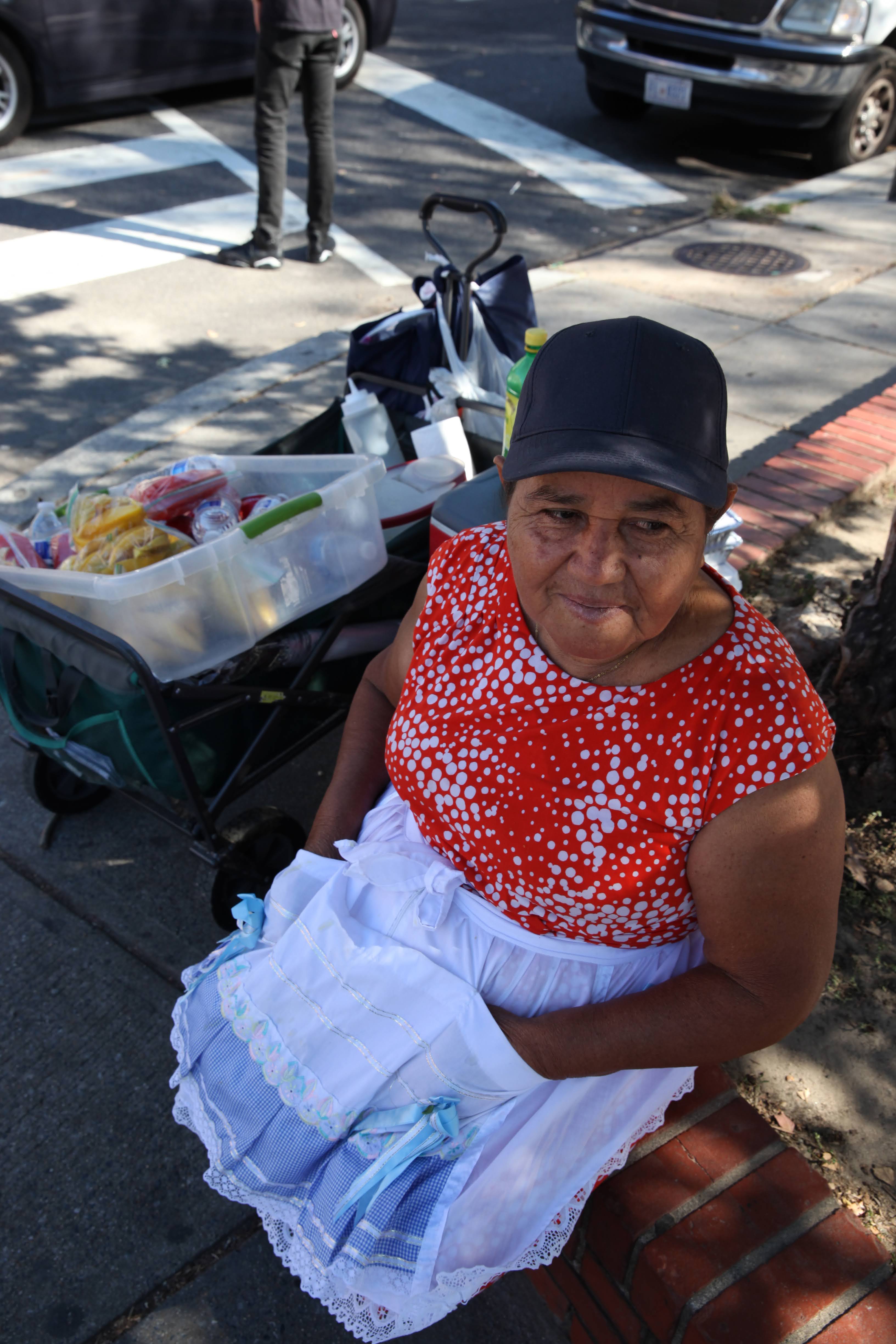 Like many immigrants in the United States, Maria had a well-established life in her home country of El Salvador; she even owned a convenience store and sold pupusas and tamales for some years. Maria lived a simple and happy life until gang violence rampantly took over her town. After gangs targeted Maria because she was a business owner, she packed her bags and moved to the United States with her five children, searching for a better and safer life. While establishing her new life in Mount Pleasant, Maria became a street vendor because it was second nature to her since she sold food in her home country. Street vending was the ideal job for Maria as a single mother because she worked a part-time job to look after her children when they were out of school but still needed the additional income.

Posted in Mount Pleasant, Maria sells plates varying from pupusas and tamales to her new Italian-based pasta and lasagna menu. Additionally, she previously sold clothing articles, lotions, soaps, and other everyday things. In her thirteen years of vending, Maria is one of the few vendors who has not had a negative interaction with police officers. Maria believes this is because she takes cautionary measures to avoid drawing attention to herself officers when she is out vending. One prudent measure Maria takes when she goes out to sell her food is not to sell as much as possible, which means she only spends a few hours outside vending.

Additionally, since witnessing an increase of police interactions with street vendors, Maria began taking orders from people she knows and delivers them to their homes. Although not attempting to maximize her profits and make deliveries creates a financial hindrance, it does lower her chances of facing thousand-dollar fines and potential criminal charges that would jeopardize her status in the United States. One of Maria’s biggest fears is that having a citation or arrest for vending without a license will expose her to Immigration and Customs Enforcement (ICE). Being exposed to ICE could lead to Maria and her family’s deportation. Even worse, ICE could detain or deport Maria alone, separating her from her children. Maria fears that if she does not take those steps, she will be subjected to the same or higher level of harassment from officers that other vendors have experienced, and fears the negative impact those incidents will have on her family.

As a street vendor, Maria fell in the excluded worker category during the COVID-19 pandemic, which meant she would not have access to government resources, such as the COVID-19 relief stimulus check. Like many Americans, Maria desperately needed the extra assistance since the pandemic put her in financial uncertainty. However, Maria’s need was especially direr because she and her entire family were infected with COVID-19 earlier this year. With Maria as the provider, the family felt the absence of her income, and recovering from the horrible illness made the absence worse.