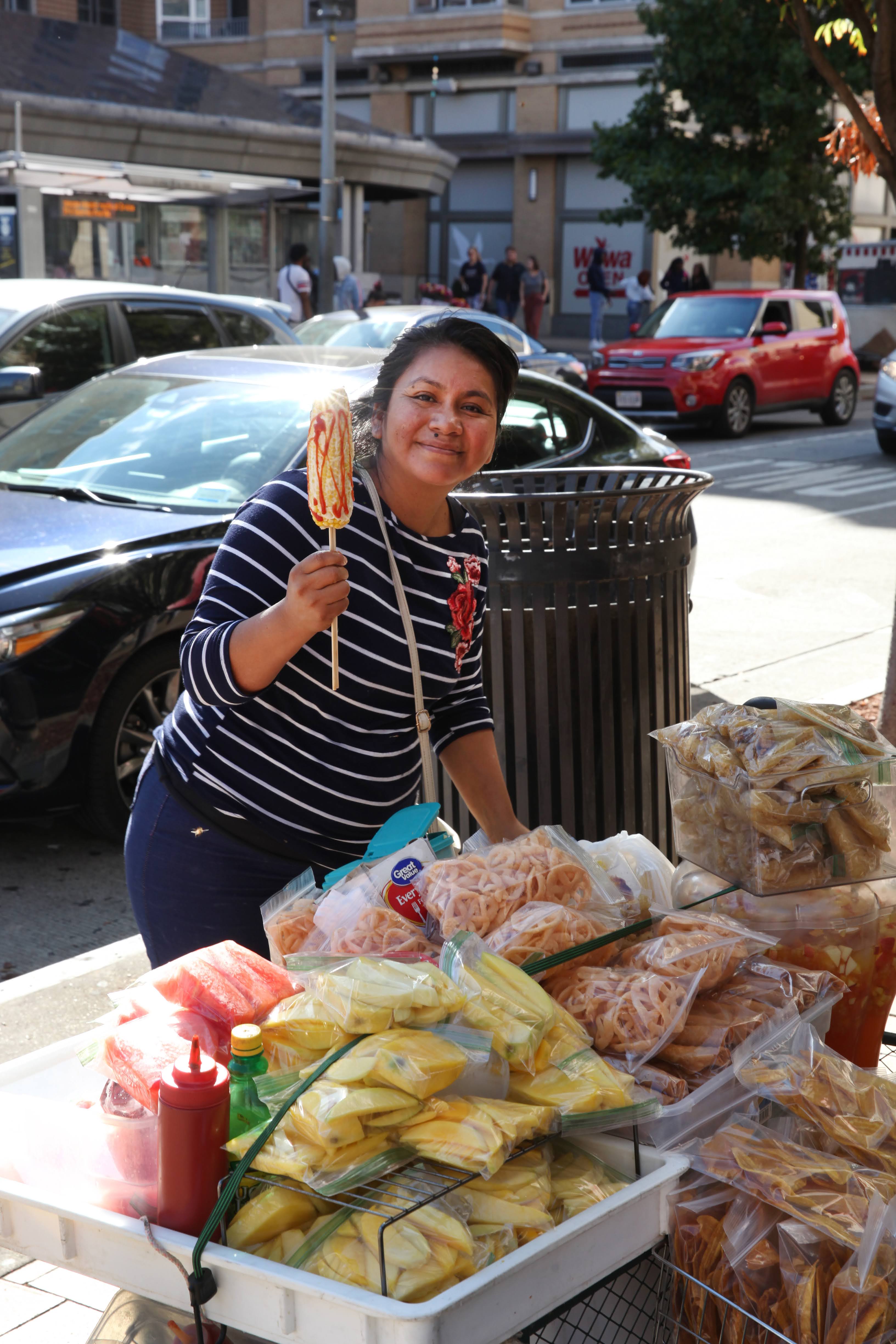 Despite facing obstacles and setbacks over the ten years working as a street vendor, Reyna Sosa is still dedicated to waking up every day before sunrise to prepare mangos, watermelon, chicken tacos, plantains, yucca con chicharron, and crazy corn for her cart. Reyna can be found on Fourteenth Street vending from her cart until late at night no matter the weather conditions.

Street vending is the only income source for Reyna and her six children and elderly parents. Before the COVID-19 pandemic, the profits from street vending were enough for Reyna to pay for groceries and essentials. However, with D.C. lockdowns and growing competition, Reyna is making less and less each day because other people are losing their jobs and are turning to street vending. She fears whether she can provide for her family for the remainder of the pandemic.

While the pandemic impacts are new and unpredictable, this is not the first time Reyna has had difficulty as a street vendor. Reyna has experienced repeated harassment from police officers for not having a street vending license like other vendors. Not only have police officers thrown away the food Reyna sells, but they have also fined her multiple times, adding up to over $1,200 in total. Reyna recalls one horrific encounter from three years ago, where more than ten police officers approached her and arrested her in front of her children. While officers were arresting Reyna they threw away her food and confiscated her cart. While attempting to plea to officers and explaining she is trying to get a license, her children stood there terrified, not knowing what to do. Reyna felt humiliated from the arrest but, most notably, feared how the arrest would affect her children.